What You Need To Know About Credit Cards

When talking about credit cards, there are two extreme camps. There are those who buy and pay for everything using credit cards and there are people who wouldn’t dare apply for one. The rest belong to the middle ground. They know that credit cards can be tricky and should be used with discretion. They can be excellent financial tools when used properly. But whatever camp you may belong there are things your credit card company may be holding out on you. Below are things you were never told about but should know now.

If you’re like most people, you probably haven’t read the fine print of your credit card terms and conditions. If so, you also likely do not know that fixed rates aren’t actually fixed. It’s not a secret since there are some who knows that card companies can increase the APR whenever they want but you won’t also easily find it in your fine print agreement with the company.

When your credit card company lures you with a fixed interest rate, don’t believe it at face value. Do your own homework and make an effort to keep up with any changes along the way.

Don’t be surprised to see a whopping interest rate if you miss or delay one month of payments. To suck as much money from cardholders as possible, companies have expertly embedded a way to double your interest for one late balance payment. This is also known as double cycle billing where you’re average balance for two consecutive months is assessed. You are then charged a higher interest for the month with the higher balance.

Majority of the average cardholder do not know that one late payment is often penalized with two fees. Like most rational people, you’d assume that one late payment should only call for one penalty fee. Unfortunately, card companies have a different set-up in mind. When you’re late for this month, for example, expect to see a late fee and a penalty fee on your next billing statement.

The consequences of late payments do not end with double surcharges. As you slip with your repayment dues, you are bound to experience another trouble in the form of a higher APR. This can happen when you’re late with any creditor. Whether it’s with your credit card or car payments, the slip-ups can mean bigger headaches. Instead of just a 5% APR on your personal loan, it may reach double digits just because you paid late with any of your debts. 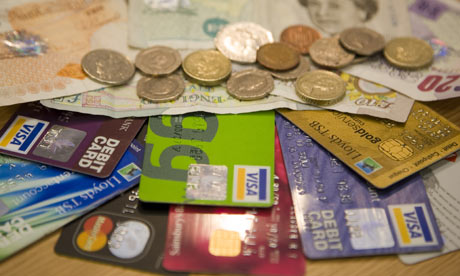 You know that paying only the minimum payments your card company has set is not ideal. But there are instances when all you can pay for is just the minimum. Before, the minimum used to be 5%. But seeing that more cardholders are paying off their debt as quickly as they can, these companies decided to lower the minimum some more. From 5%, it became 2% per month which means smaller repayment for those who are fond of paying only the bare minimum .What happens is that the cardholder stay in debt longer consequently allowing your card issuer to earn more money in the form of interest.